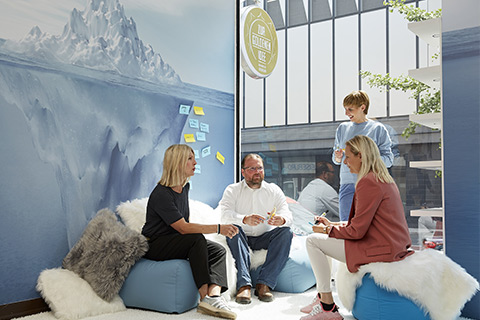 Corona brought the home office: 80% of all possible desk workstations were suddenly mobile. Only a few weeks before, this was not even possible in more than half of all German companies. Times of crisis prove to us that we can be more flexible and faster than we think. Or to put it briefly: "There you go!

But what remains after Corona? According to a survey, two thirds of employees want to continue to work more flexibly and from home in the future. And the fact that video conferencing can replace many trips and many on-site meetings (not all!) is a finding that has now reached most people.

At the moment we experience ... 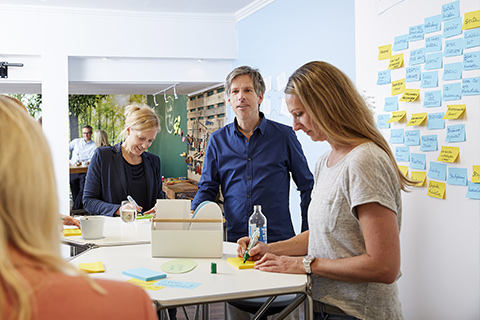 ... an increased willingness of employees to change

... an accelerated trend towards digitalisation

... the pressure to become more flexible and innovative within the workforce

The answer is now needed in form of a changed world of work that pays off in terms of both corporate culture and the economic situation.

One thing is clear: the working world has changed more in the last few months than in the many years before. And for many companies the journey has only just begun. But what can we expect at our end? Perhaps a working world in which an individual office has become a status symbol. Instead, offices and work areas are useful tools in the daily mix. This means that further functional areas will be added to the classic meeting rooms: Workshop rooms, still-work offices, project rooms, telephone zones, places for inspiration, video conference rooms - and many areas for interpersonal exchange. Because the more mobile the workplace becomes, the more important it becomes to have a personal chat in a team - also and above all on an emotional level. 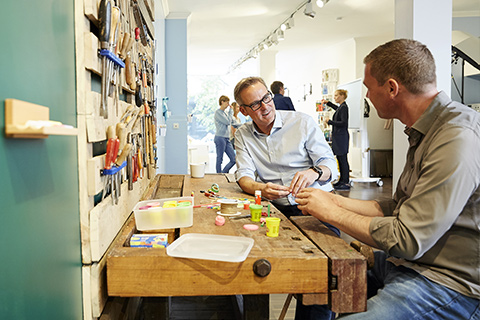 The New Work Lab Düsseldorf has taken up the cause of sketching out a possible future and the rules for it. A creative place where teamwork and idea-supporting work can be tried out: