HRC - only a hype or a success model for the automotive industry?

There is great hope in the future of Human-Robot Collaboration (HRC) to bring the strengths of humans and robots together without barriers. The automotive industry is a pioneer of automation, but is this also true for HRC? According to surveys, the concept seems to be very popular with car manufacturers at first sight, but there are also sceptics.

We wanted to learn more about this and asked Christoph Hock, KUKA Systems Head of HRC, to give us a deeper insight into the world of human-robot collaboration in the automotive industry.

marketSTEEL: Human-robot collaboration - What exactly is behind it? 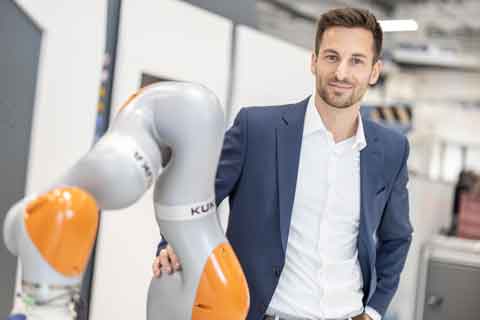 Human-robot collaboration, or the use of a collaborative robot (cobot), is about the legally compliant implementation of an application in which human and machine can be in the same workspace at the same time. In practice, the term is often used in a different way. Almost every plant in which a lightweight robot is used, a safety fence has been replaced by a scanning field or it has been separated in a way commonly called "HRC-application" or "cobot plant".

marketSTEEL: Status Quo - How far is the topic HRC already established in the automotive production?

HRC applications can be found in almost all sectors of automotive production, but they are widely scattered. Many car manufacturers have tested the technology and implemented successful applications. However, the absolute number of applications is less than predicted years ago. "The initial euphoria resembled a ‘HRC revolution’ and accordingly, the expectations of this new technology were very high."

In the meantime, the technology has evolved. The planning premises, or boundary conditions, that lead to a successful HRC application, are well known. Based on KUKA's many years of experience in this field, one may ask the question whether we are still talking about innovation when it comes to "HRC" or whether we are already dealing with a proven technology.

It is impressive how many new cobot manufacturers have entered the market in the last two years. There are now over 150 different models from around 50 manufacturers. In addition, there are the further developments of robot manufacturers who are striving for safe HRC use of larger industrial robots. As well as companies that focus on safe protective skins to enable traditional industrial robots to coexist in a collaborative workspace. External safety devices to monitor the robot environment are also developing rapidly and are becoming more and more precise and intelligent. In addition to classic scanners, safe radar technology for plant engineering is now available, for example. 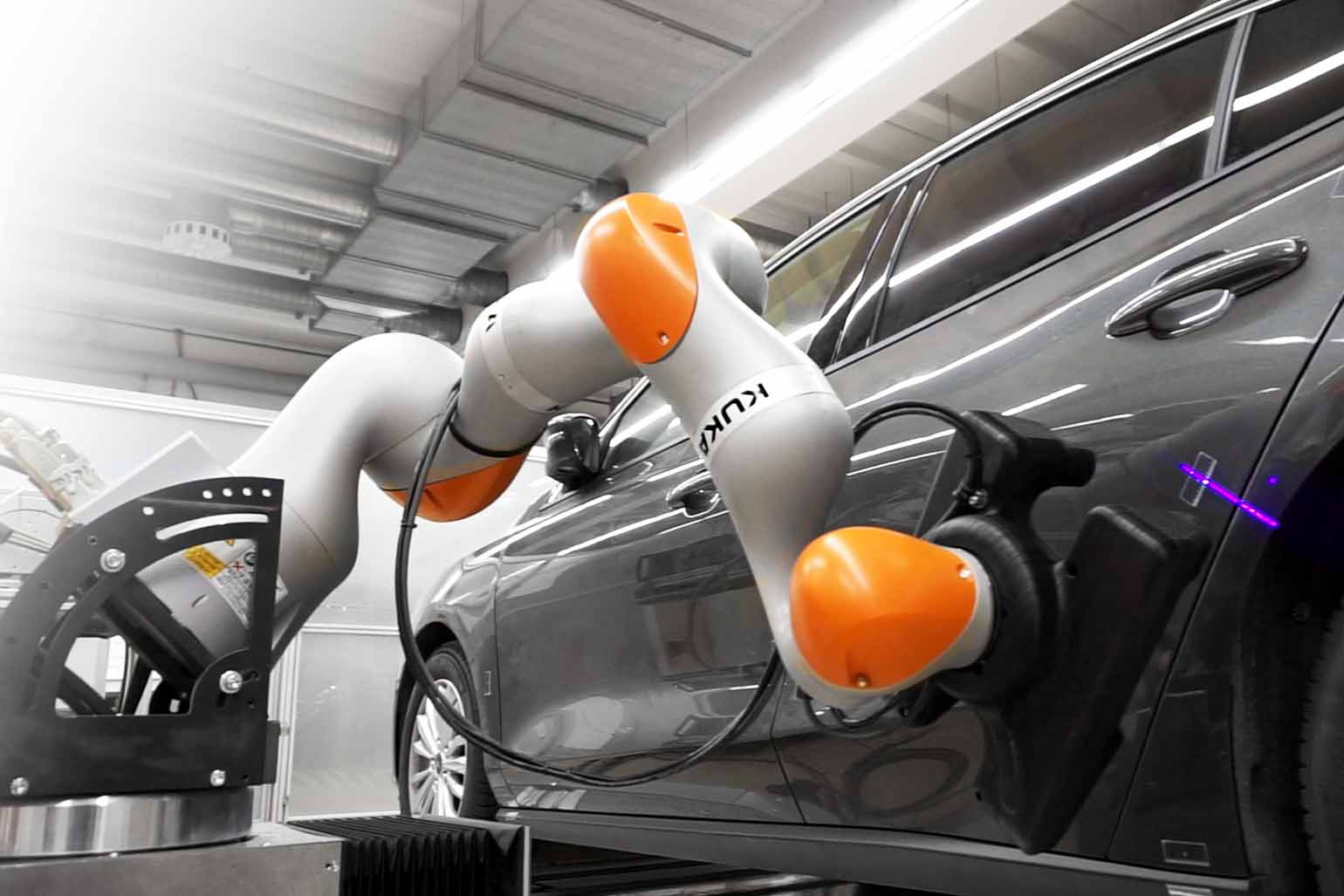 Despite all possibilities, it is important that application designs are not getting too complicated. Good engineering will ensure that the actual "Human-robot collaboration" is not compromised.

Although the current economic situation is causing cobot sales to drop significantly, a positive forecast is very likely. The trend towards cobots is clearly visible since in addition to the collaboration possibilities, this can be an easy-to-use and quick set-up solution.

marketSTEEL: Cobots in use - In which working areas has HRC already been established and where are still possibilities?

The field of cobot applications or open designed plants is very versatile. Successful applications can often be found when the task and periphery can be designed "HRC compatible" without major adjustments:

The combination of the above processes is reflected in the final assembly and its upgrade lines. In this area, the degree of automation is relatively low but can be expanded through further application possibilities. In most cases, the planning premise is "flow operation", also known as, "assembly in motion". However, when automating assembly in motion, various constraints must be taken into account that would not apply in a stationary cyclic operation.

marketSTEEL: Hurdles  - What technological challenges need to be overcome? 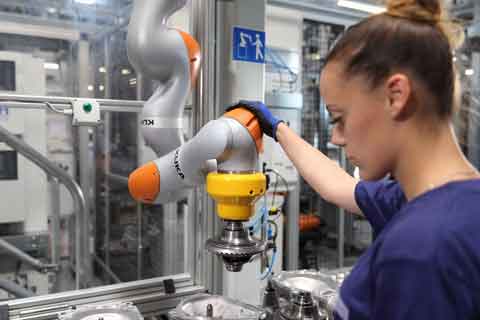 In principle, the technical challenges for assembly in motion operations have been solved. For the KUKA LBR iiwa, for example, the complete range of functions can be realized with "Assembly in Motion" technology (AIM), while HRC safety and sensitivity are retained. Also, for conventional industrial robots assembly in motion can be automated by means of "ConveyorTec". Just as important as the availability of this technology is the question of the component position and the actual operating point of the robot. In theory, conveyor belts only run at a constant, and when using automated guided vehicles (AGVs), slight twisting or a positional offset may occur at different speeds. By means of sensitivity of the robot and appropriate camera and sensor technology, this can be implemented.

The question of the technological challenge is currently more a question of economic efficiency. How much technology must be invested to sustain a stable and safe process and how long does it take to commission these systems, ergo - does automation still pay off then? Additionally, organizational hurdles must also be considered.

Many large automotive companies refer to same requirements, specifications, and maintenance guidelines for "cobots" as for conventional industrial robots. However, this approach is not up-to-date for every application. The consequence is that the pricing of cobot applications, due to the given peripherals, hardly meet the actual requirements - especially regarding their control technology specifications. The system technology must be simple and understandable. Many cobot manufacturers have proven that this is possible.

marketSTEEL: Future prospects - What are KUKA's possible further developments and visions and what trends is the market showing? 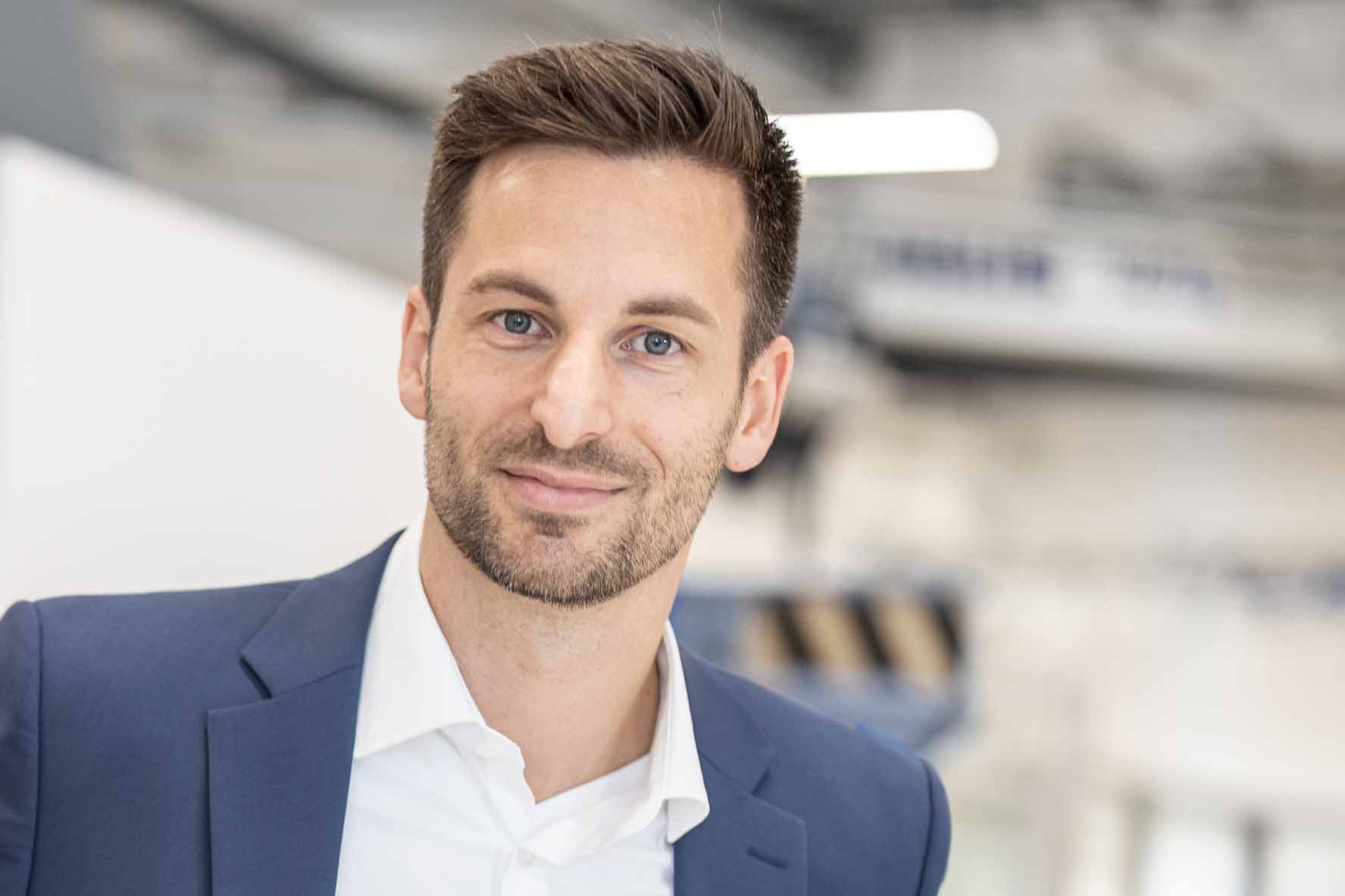 As mentioned earlier, demand for cobots will pick up significantly once the economic situation recovers. Device prices will continue to fall, while at the same time, technology will continue to improve. Modern tools such as "machine learning" can also help meet the high demand for robot applications in the industry. To meet this demand, we need to be able to provide ready-made modules adaptable to a variety of specifications.

KUKA is a global automation corporation with sales of around EUR 3.2 billion and around 14,000 employees. As a leading global supplier of intelligent automation solutions KUKA offers its customers everything from a single source: from robots and cells to fully automated systems and their networking in markets such as automotive, electronics, general industry, consumer goods, e-commerce/retail and healthcare. The KUKA Group is headquartered in Augsburg, Germany.